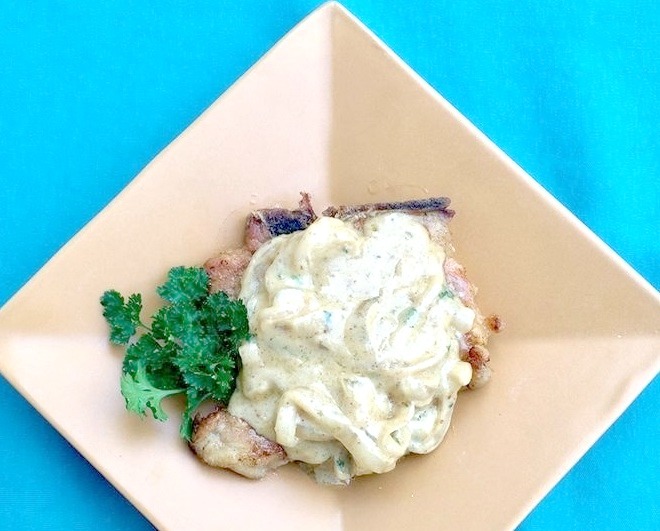 Blot pork chops on each side with a paper towel to absorb any moisture.

Score the fat along the side on each chop so they don’t curl.

Season both sides of each chop with garlic powder onion powder salt and pepper.

Cook pork chops in the hot skillet until a nice crust is formed about 2 minutes per side.

Transfer to a baking dish.

Bake in the preheated oven until no longer pink in the centers about 15 minutes.

An instant-read thermometer inserted into the center of a chop should read 145 degrees F (63 degrees C).

No comments to show.